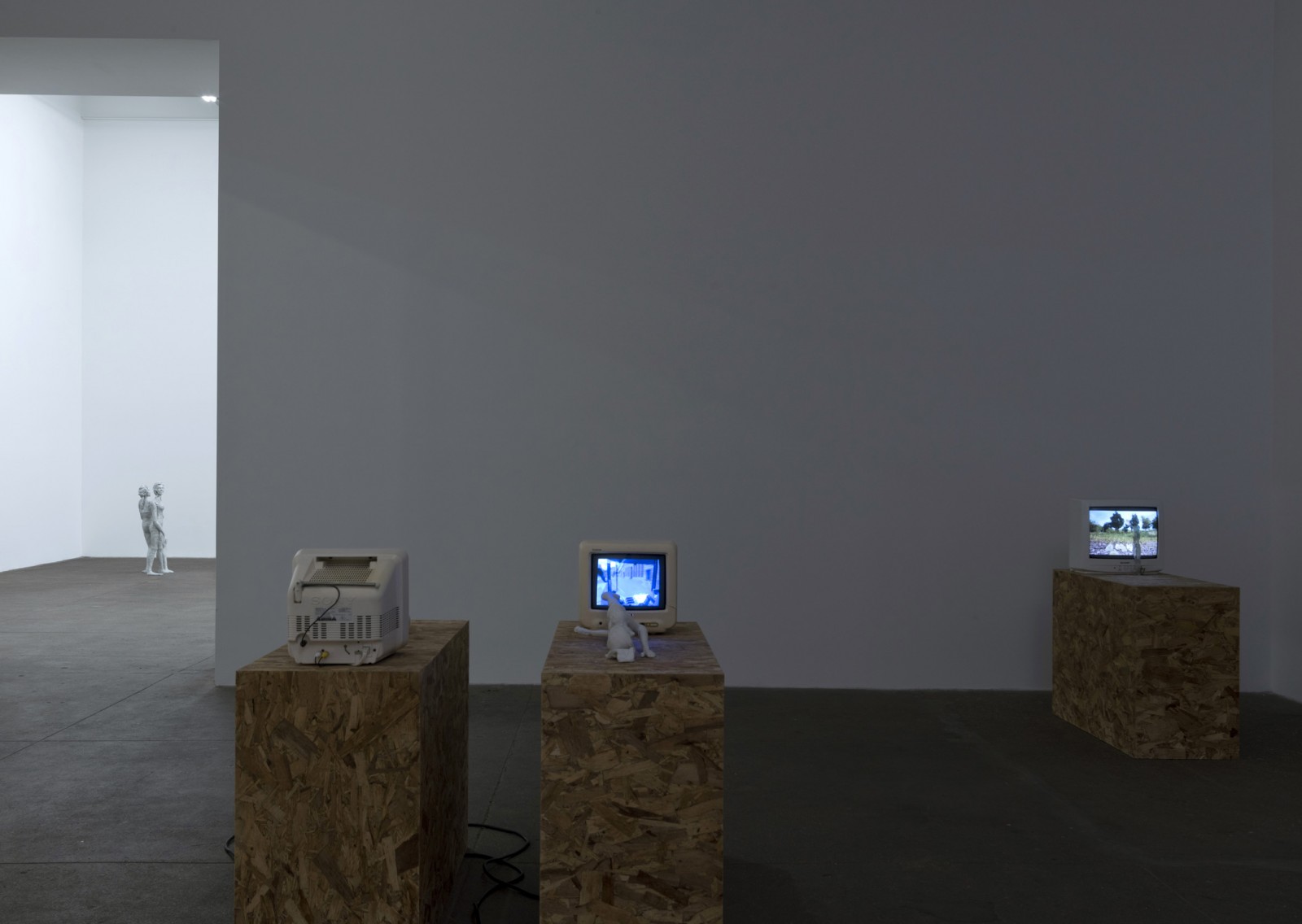 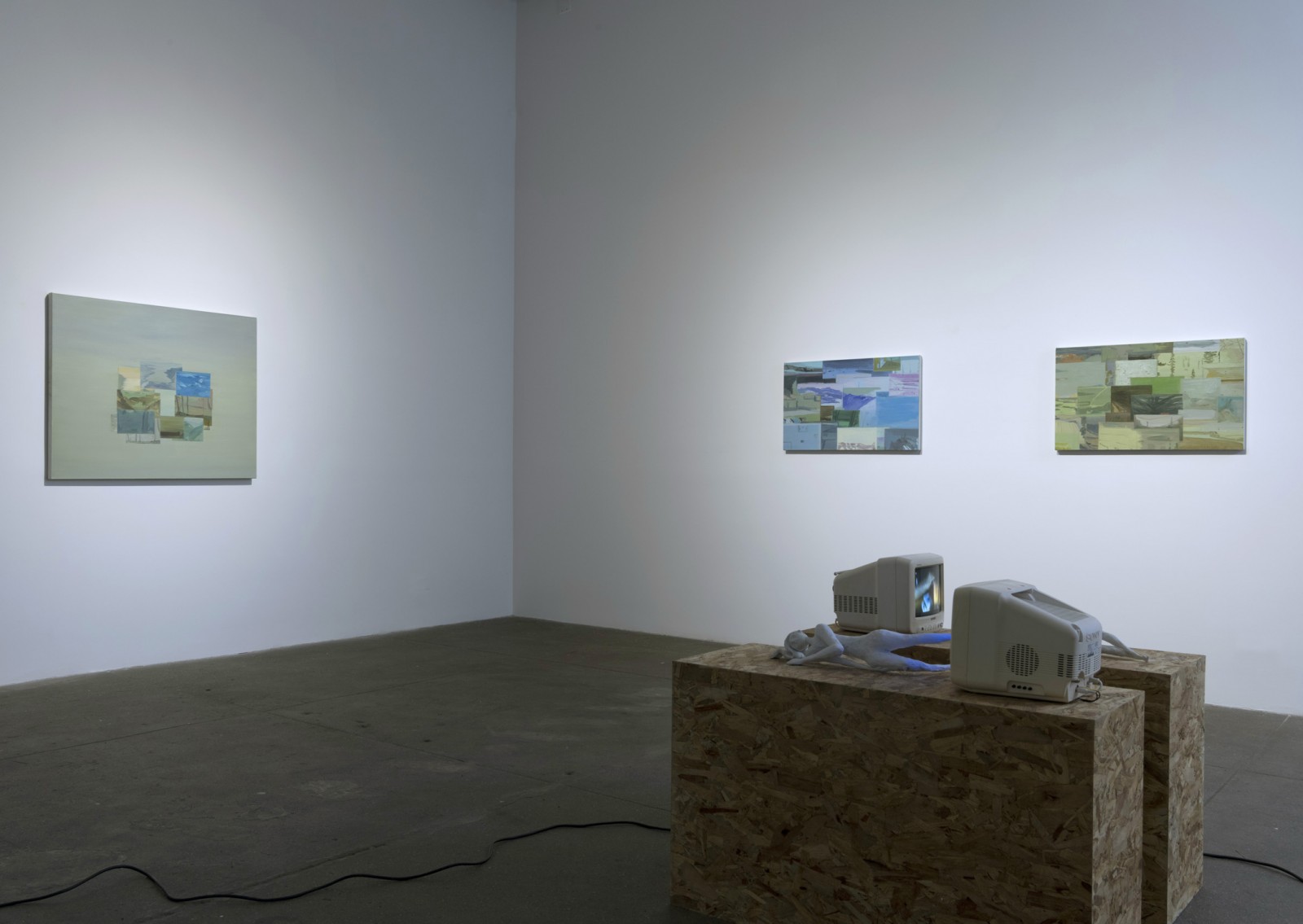 Bortolami is pleased to announce an exhibition by Robert Bordo and Sam Anderson with Michel Auder. The exhibition explores the contingencies that transpire when three artists present discrete works of painting, sculpture, and video together for the first time.

Ten works by Bordo painted between 1989 and now hang in all gallery rooms, creating unexpected pairings between past and present works. Bordo’s first exhibited paintings in New York during the late 1980s were abstract landscapes; embedded cartographies covered in dun colors of grey-gold and watery blues and greens. In the 1990s, Bordo began making dense, textural monochromatic works with patterns, speech bubbles, stars, and footprints. He also began outlining some of these works in the red, white, and blue stripes of airmail envelopes, anticipating his Postcard Paintings in which he depicted landscapes from postcards and photographs on monochromatic canvases. Bordo’s recent works continue to alter viewers’ experience of the picture plane and its framework, fixing their gaze outwards from the vantage point of car windshields, rearview mirrors, eyeglasses, windows and screens, everyday locations, where thoughts and emotions, content and abstraction merge.

Sam Anderson’s female figures, molded in grey epoxy clay, stand, crouch, and sit on the gallery floor. Their stern expressions suggest exasperation, as if their displeasure stems from their laborious conception. The sculptures are unadorned, save for a few wearing overalls like Disney kids of indeterminable ages. The narrative is irrelevant—what is leftover is a sense of deliberate positioning, peculiar materiality, and general unease. In the second room, Anderson and Michel Auder present four new works that only emerge as collaborations in situ. Anderson’s white epoxy clay figures and a found transparent figurine lie in repose on pedestals watching Auder’s videos of the curious scenes he encounters day-to-day or finds online. On one screen a techno rave rages unabated as the beat resounds through the room. Other screens display disparate, impromptu iPhone videos, such as butterflies gathering on a field in slow motion, the passing scenery viewed from a bus with bluetinted windows, and a magician’s sleight of hand. The sculptural spectators converge with the moving images as they absorb the glow emitted by the monitors.

While the artists share geographic and spatial proximity, the connections between the artworks in the exhibition appear slowly. There is, however, an associative schema that surfaces. Lacking narrative, one is forced to reckon with each work’s strange familiarity; their moods and tones, their positioning in the space, their materiality, their unease. By putting individual elements in close proximity to one another—without a specific reason or thesis, associations between works inevitably arise. Bordo and Anderson, along with Auder, allow and provoke, perhaps unwittingly, the inevitable recollection of shared, generic memories.