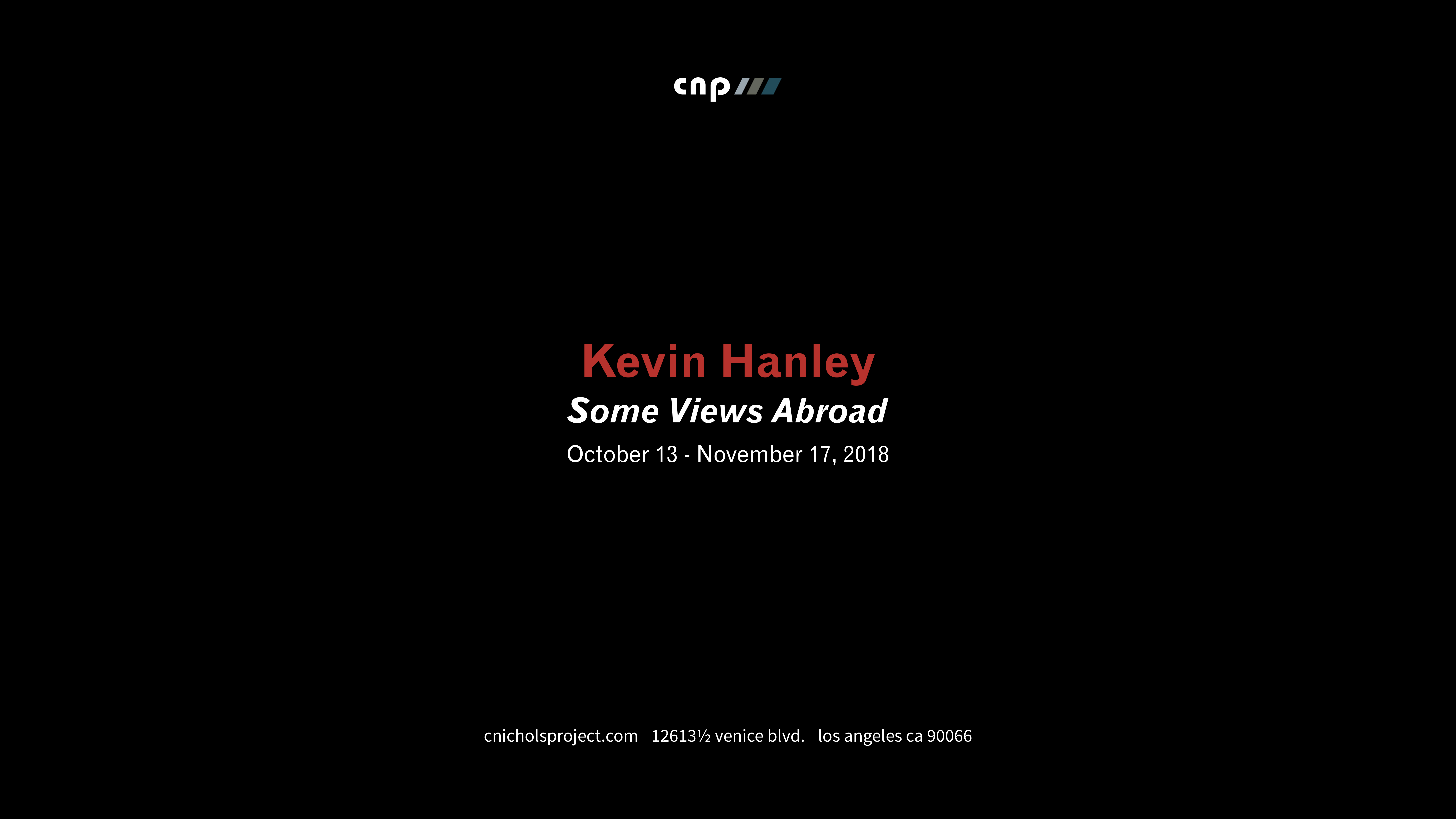 Some Views Abroad is a series of black and white photographs of various locations in California, U.S.A. and Berlin, Germany. The places and people shown, although familiar to the photographer, are as inconspicuous as any set of personal photos. While equivocal, the pictures encourage the viewer’s inquiry through their interconnected historical references and formal qualities. In addition, the apparatus and materials used in making these images play off the information that each photo subject may offer when viewed. For example, the series has been made using a vintage Soviet FED-2 rangefinder camera. In regard to the images of the formerly divided city of Berlin, it is notable that the FED-2 is a product of the East, but one that immediately points to the West, and to the Leica Rangefinder camera on which it was modeled. This twinned configuration is further triangulated by the California images, which, although outwardly anodyne, are nevertheless inflected by those bitter conflicts that would prompt everything from the prewar Weimar Diaspora to the postwar technological transfer upon which the wealth of the West Coast as a global hub of entertainment and information technology was built. In addition, these camera types might be seen as constituting a first step toward photography becoming the ubiquitous mass practice it is today.

Regarding material support, black frames, a standard of photographic presentation in the art context, are in this case coated with Russian military weapon paint used for instance to coat AK-47 rifles. The paint that protects the metal that ostensibly protects Russia, here protects the metal which protects images that have Russia as relative content. Additionally the walls in the exhibition space on which the pictures hang are painted with colors designated by various paint manufacturers as Russian in name, for example, Russian Blue, Russian Olive, Moscow Midnight and the more oblique inclusion Real Red.  These paint colors, fugitive optical elements with arbitrary theme, will define as well as protect the space of exhibition. Some Views Abroad is an attempt at suspending and maintaining a rift between what is surveyed and what is documented with an interplay of perceived and implied influences.

This series was inspired by pondering the topic of foreign influence on political views, and in a more general sense, the fickle relationship between photography and questions of judgment. Photos that are taken to build online social journals are eventually reduced to data; this data is used in turn to influence the broad image sharing population. To take a long, and even slowed-down view of photography in this case seemed key to somehow reconfigure the cognitive aspect of photos.  By circumnavigating current ubiquitous image production through methods, materials and indexing, Some Views Abroad is intended as an indirect–or scenic-route to making sense of snapshots.