For Immediate Release
Images
Press Release
Jason Yates: did i stutter did i ever  Extended to Saturday, Feburary 28th. 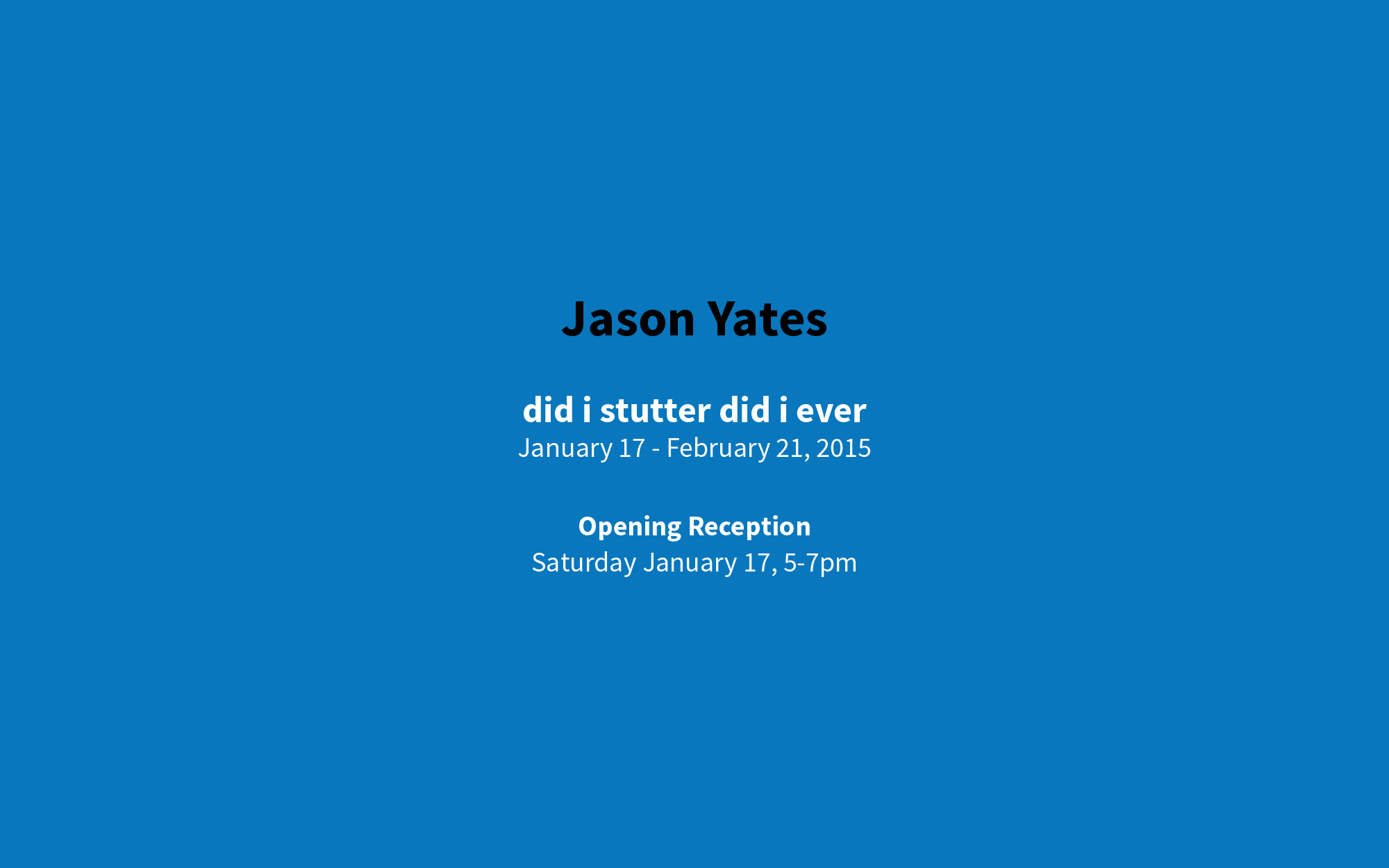 c.nichols project is pleased to announce an exhibition of new works by Jason Yates. did i stutter did i ever opens on Saturday, January 17th and will run to February 21st (now extended to Saturday, February 28th), marking the artists first solo exhibition at the gallery. Additional programming will be announced throughout the run of the exhibition.

A graduate of Art Center, Pasadena (MFA, 2000), Yates grew up in Detroit. His early projects from the 1990s to the mid 2000s were marked by various collaborations between the genres of art, music, fashion and design. After moving to Los Angeles to study with Mike Kelly, Mayo Thompson, and Liz Larner in the MFA program at Art Center, Yates formed “Fast Friends Inc.”, a collaborative project that yielded mixed media works on paper, multimedia events, and music videos with, amongst others, Ariel Pink, Geneva Jacuzzi, and Matt Fishbeck (of the band HOLY SHIT).

In this exhibition, Yates will present a group of mixed media works that share compositional qualities with his earlier Fast Friends pieces but act as an extrapolation of the maximalist overload of that work. The work is mixed media on canvas - but spills across the conventions of painting, sculpture, installation, collage and graphic design.

Figurations of cultural tropes and gestures are metabolized into an affirmation of detritus. Yates has cast assorted counter cultural symbols of the underground and mainstream artifacts as a pair of unlikely bedfellows, a nauseatingly cute couple that suggest a celebration and investigation of conspicuous consumption, both working class and bourgeois.

The subjects at play emerge from the monumental canvases. Upon closer inspection, the viewer may consider the beauty in a body of dysfunctional material. The imagery and the variety of applications of the media contribute to the experience of being bounced back and forth between adulthood, childhood, and back again. Emotional responses, physical and emotional trauma, are brought to mind in the three pieces presented, occupying a space that is at once anxious and uncanny, humorous and playful.