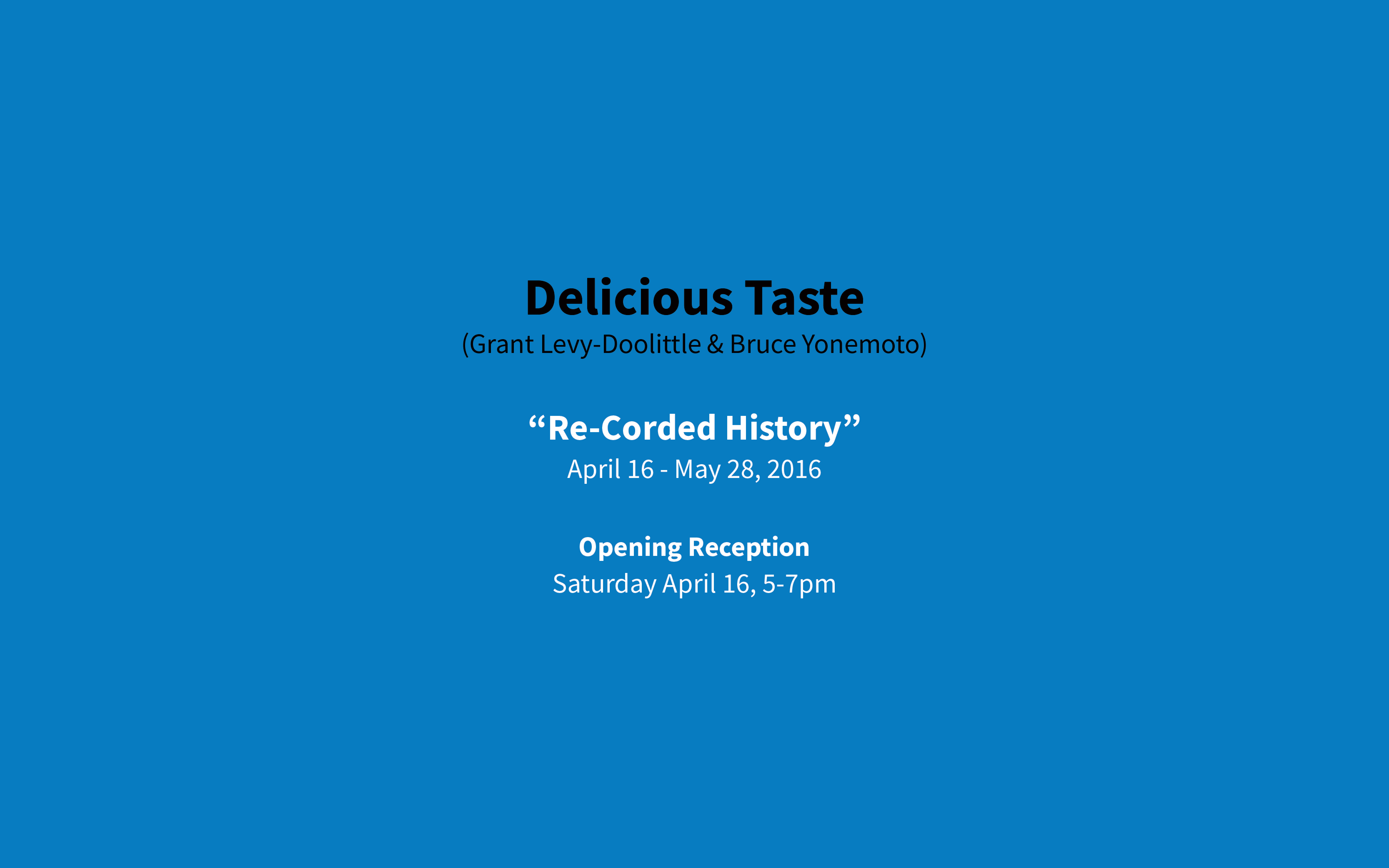 *a new collaboration between Bruce Yonemoto and Grant Levy-Doolittle

New works by Delicious Taste are woven of contemporary carriers of information: data, signal, current, codes and intelligence. Their artworks, which on the surface resemble works made of fiber, reflect the meaning in our current society based on computers. Reliving the days of playing NOKIA's "Snake" the artists use phones as well as vintage SPACE AGE monitors and surveillance cameras as a contemporary nod to George Orwell's iconic dystopian novel 1984. Delicious Taste invite viewers to haptically immerse themselves in the artworks by “reading” the knots with their hands through touch.

Over 4,000 years ago, the first civilizations in the Americas developed a system of recording history using knotted cords. These early computers or Quipus served to pass descriptions of social events, commerce and ideas on to following generations. In the absence of a traditional written language, these early computers stored the memory banks of the ancient Incan empire of Peru. Yonemoto and Levy-Doolittle have conceptually recreated these early carriers of information in their contemporary artworks using discarded electronic cables to weave documents of recent history. All that creates meaning in our current society based on computers; data, signal, current, codes and intelligence are incorporated into their dynamic new works.

Bruce Yonemoto's body of work reflects an ongoing meditation on the personal and cultural mediation of reality and fantasy, identity and representation, truth and simulation. He has collaborated with contemporary artists, including Mike Kelley, Spalding Gray, and Mary Woronov, to create works that capture the essence of their work. This collaboration with Grant Levy-Doolittle is a continuation of that practice. During a twenty-year collaboration with his brother, Norman Yonemoto (1946-2014), they were honored with numerous awards and grants from: the National Endowment for the Arts, the American Film Institute, The Rockefeller Foundation, and the Maya Deren Award for Experimental Film and Video. Most recently, Yonemoto’s solo installations, photographs and sculptures have been featured in major one person exhibitions at the ICC in Tokyo, the ICA in Philadelphia, and the Kemper Museum in Kansas City. He has had solo exhibitions at Blum & Poe and Lemon Sky, Los Angeles, Alexander Gray Gallery, New York, and Tomio Koyama, Tokyo. His work was featured in Los Angeles 1955-85 at the Pompidou Center, Paris, the Generali Foundation, Vienna and at the Gwangju Biennial, South Korea. Bruce Yonemoto is a Professor of Art at the University of California, Irvine.

Grant Levy-Doolittle is an American born knitwear designer, and owner of the Grant Knits studio.  In his practice, a use of traditional craft (from hand knitting and crochet to machine knitting, weaving, embroidery, as well a macramé) allows the work to maintain a personal and familiar nostalgia: pushing an audience to confront new and unexpected perspectives on the use of the craft.  Through his studio he has collaborated with contemporary artists and fashion designers including Kate and Laura Mulleavy of Rodarte, the fashion brand 69, Pari Desai, Michael Dopp, Calvin Marcus, Shirley Kurata and Awol Erizku.  His collaboration with Bruce Yonemoto is a continuation of experimentations in craft and materials, but with the conceptual underpinnings Yonemoto is best known for.  During his 10 year career as a designer, Levy-Doolittle's work has been featured during multiple Paris Fashion Weeks, New York Fashion Weeks, as well as numerous publications including: Womens Wear Daily, Elle, Vogue, and LA Canvas. His works have been exhibited at Night Gallery and 356 Mission Rd.

* (a new collective by Bruce Yonemoto and Grant Levy-Doolittle)

c. nichols project is open Tuesday through Saturday from noon-6pm. Please check the gallery website for details and additional programming or call 310-915-1930 during gallery hours.