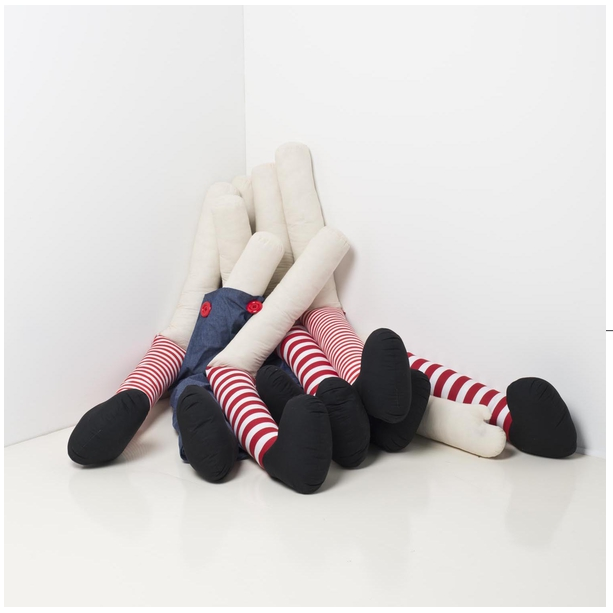 René-Julien Praz and his partner Bruno Delavallade, have a long history that involves the two contemporary art scenes in Paris and Los Angeles. Since 1989, they lead one of the best edgy art galleries, then rue Louise-Weiss in the 13th district, Praz Delavallade gallery, and now in the 3d District, rue des Haudriettes.

Alongside with the gallery, René-Julien Praz has always been a curator. He was asked by French auctioneer Piasa, to curate a show of emerging artists from Los Angeles. Praz was an obvious choice because no one knows better than him the Emerging scene. For personal reason, Bruno and he got the chance to travel to L.A. each year, and for more than thirty years that, of course, allowed them to understand the very heart of the LA art scene. They don’t have a false romantic idea about LA. They know that the freedom that characterizes at first the making art of Angelinos artists can lead to the worst but also to the best creative artwork.

As French Curator & Art dealer René-Julien knows better than others whose artists French Collectors could be ready to like. We wanted to ask him a few questions to get to know what guided him for the show he curated at Piasa:

be-Art magazine: What do you like so much in the “made in LA” art?

René-Julien Praz:
What I like about Los Angeles is the lightness and freedom of this mythical city, where glamour meets vulgarity and high culture and highbrow culture, the mainstream.
Only in L.A. could kitsch rub shoulders with the sublime and seduction with repulsion. This city truly is a world of contrasts.

be-Art magazine: So many good artists emerge these days in Los Angeles; did you have specific criteria for your selection?

As I said previously, L.A. is a city of images  outrageous and elusive, open and generous and above all indefinable, seeing the extend to which this metropolis flirts with the very limits of what is possible. From assemblage to pop art or from minimalism to conceptual art, L.A. ‘s artists express this same sensation of excessiveness, a desire to mix and experiment with hybrid art forms.

L.A.’s art draws its creative nourishment from the very complexity of this city/ world, were underground movement mingle with more mainstream Californian culture and its communal expression, as seen in such makers of dreams as Hollywood and Disneyland. No wonder then we can’t think of specific criteria for selecting artists as creativity is free and that numerous visual artists of the 21 st century have cast aside conventions, movements and schools of thoughts.

be-Art magazine: You chose a piece by Matthew Carter, who we do like too.  To my opinion, he combines the best of LA, and it is everything but boring. Why did you choose him?

Matthew is the perfect example of this new generation of L.A. artists whose characteristics are not enough to explain an art form that has found a continual source of inspiration in its diverse interactions with Eastern art, European culture and multi-ethnic neighbourhoods.

be-Art magazine: At bAm we try the most we can to build bridges between the two communities of collectors from France and Los Angeles to get the chance to know each other. In that spirit would you share three names of Emerging artists from France you’d discover?

Although I’m much more familiar with the L.A. art scene than the french  art community, I must say that the Paris scene is  currently blossoming and some major artists are emerging. Just to name a few, I’m thinking of Julien Nédélec, Laurent Pernod and Fabien Mérelle. 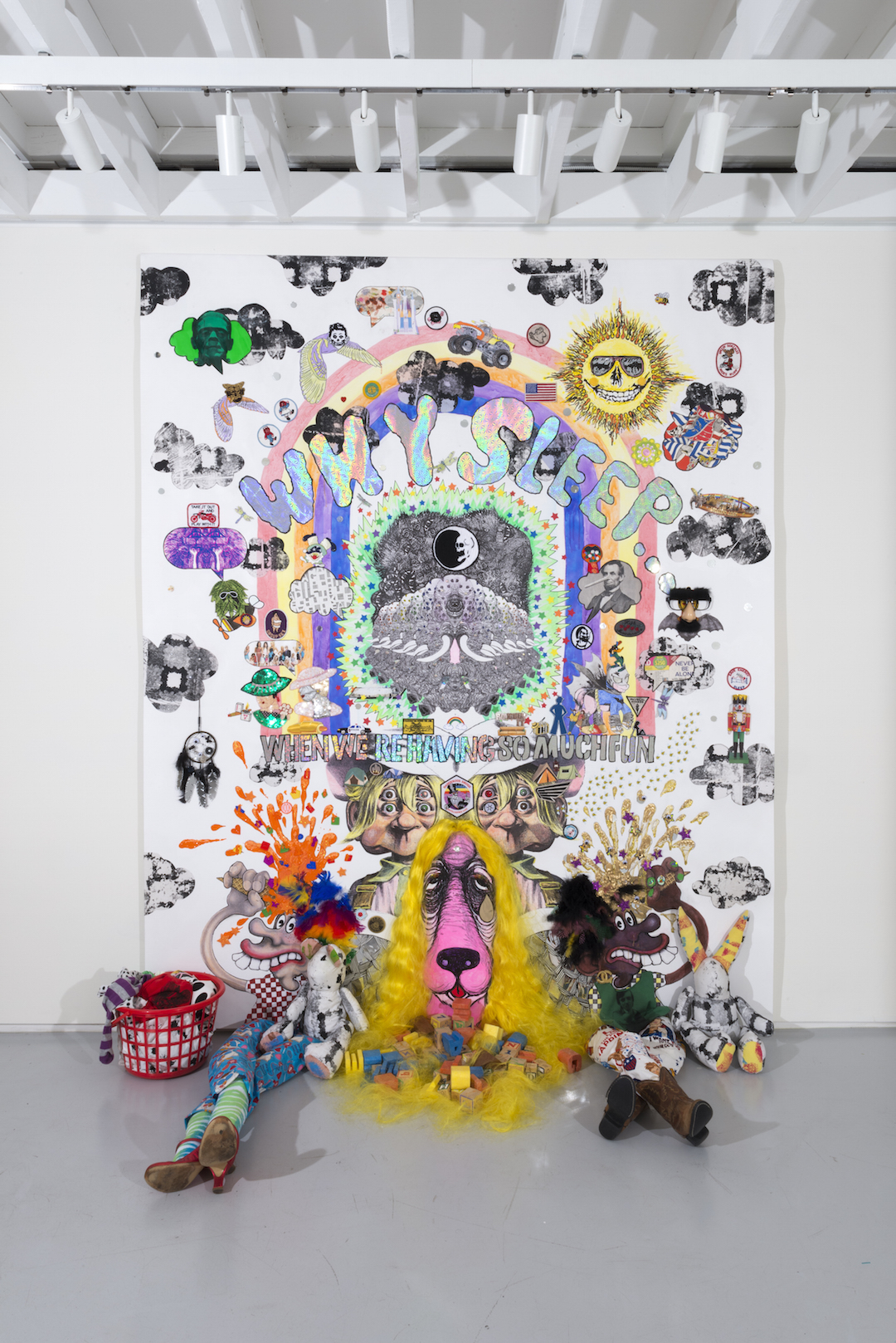 Artillery Magazine / Pick of the Week
Jason Yates: did i stutter did i ever.
By Eve Woods     Posted February 12, 2015

Jason Yates is preternaturally disposed to emulate, extrapolate and thoroughly and passionately investigate anything that relates to pop culture, therein creating his newest foray into the simultaneous realms of sculpture, paintings, installation and collage at C. Nichols Projects in Venice. Some might think this a tall order, but Yates is certainly up to the task. At the core of this work is a fervent and unstoppable curiosity about our culture, about how people interact (or don’t in most cases), but most of all about how art can begin to address these ideas conspicuously and without judgment.
Read More...
Jason Yates: PAINTER'S BLOCK at Paramount Ranch 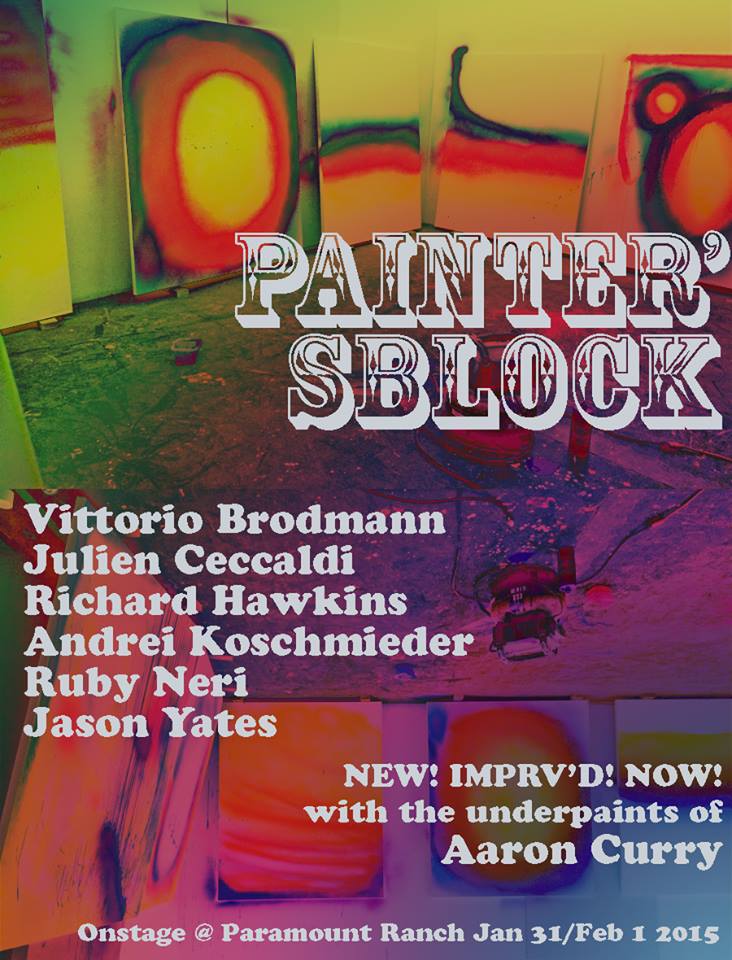