Tonight! Eat Drink and be an Angel!

Proceeds from the 20th Anniversary of ANGEL ART ​will benefit the mission of Project Angel Food​ ​to feed and nourish the sick as they battle critical illness. As one of the most effective grassroots nonprofit agencies in the nation, Project Angel Food cooks and delivers over 500,000 ​free ​nutritious meals each year​ ​to the homes of men, women, and children affected by life-threatening illnesses.

The 20th Anniversary of Angel Art will be held on Thursday, June 23, at NeueHouse Hollywood, and will feature Andrea Fiuczynski, Executive Vice President and Chairman Sotheby's Americas as auctioneer. Attendance will be limited to a select group of 300 philanthropists, art collectors, agents, producers, and other Project Angel Food supporters.  We have limited the auction to 10 Live Auction lots and 20-25 Silent Auction lots to ensure the high quality donations and to allow the event to retain its charm.

There are a lot of great works featured on paddle8.com for online bidding as well as a live auction but one of the stand-outs is a piece by our very own John Geary. 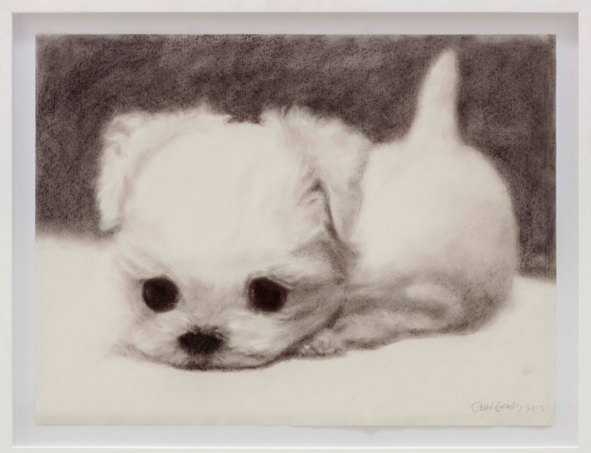 So get your tickets and join us tonight to EAT, DRINK AND BE AN ANGEL!

< In other news... We're closed this weekend to celebrate our INDEPENDENCE! >