"How odd I can have all this inside me and to you it's just words." -- David Foster Wallace, The Pale King

In long ago days of reigning monarchs and royal courts, a standard figure was the Jester -- a comedian whose ostensible role was to entertain the King with witticisms and slapstick humor. But as history has revealed, the true function of the Jester was more profound than a distracting clown show. The Jester was often the only figure at court with the wherewithal to speak, as it were, truth to power. Behind the shield of sanctioned satire, giddy absurdity, and self-deprecation, as Neil Gaiman wrote in Dream Country, "It is a fool's prerogative to utter truths that no one else will speak." That is Rory Devine's kind of fool. 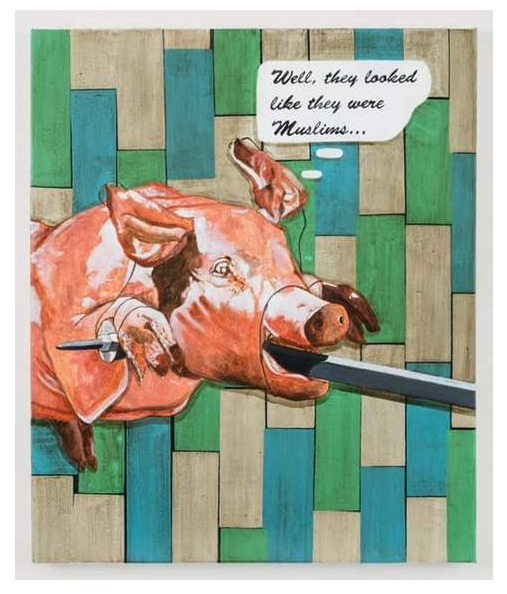 His exhibition of painting, installation, and a single photograph, the aptly titled Iconoclastic Works of the Early 21st Century -- installed at c. nichols project in October 2015 -- assumed the stance of a kind of jester in the royal court of contemporary art. He is desirous to narrate the psycho-emotional dissolution of society and the compromised, problematic state of individual identity, morality, and purpose within that entropic system. Yet Devine enacts this earnest, heartfelt satire in the seductive, enticing, language of humor, sex, high-minded snark -- and most of all, most importantly, in stylistic choices and formal gestures that cloak their hearts of hopeless truth in an effervescent swirl of bright colors, cheeky subjects, eccentric characters, and expertly mimicked naivete. 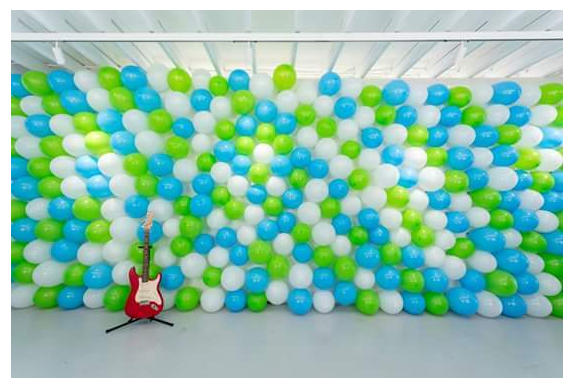 There may come a point where you find it necessary to employ metaphor and allegory in order to sufficiently express a predetermined human condition.

In this model, a wall of party balloons is both a friendly homage to modernist color-field abstraction and pointillist, pixelated landscape painting, and a send-up of the flaccid conceptualism of the contemporary marketplace. All the works in the show (violently bored carpoolers, disgraced heroes, tragedies reduced to memes) played on this catch-and-release dynamic of palliative discomfiture; but the pair of large-scale, anti-monumental masterpieces "Free love ruined my life" and "Since it all has to end" that anchored the show represented the apotheosis of the jester's courage. 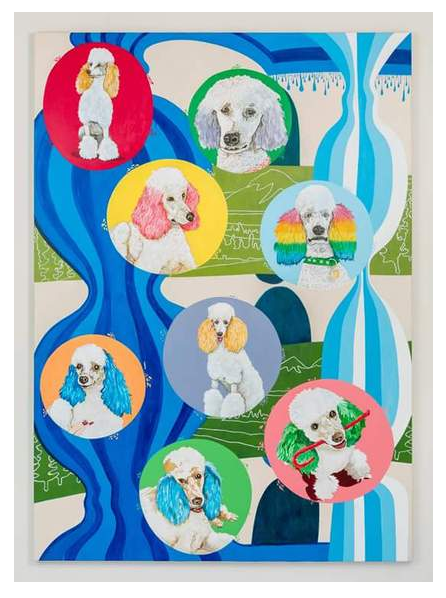 The latter presents a nearly life-size portrait of a hirsute, bikini-clad man posing like a glamour model by his beloved classic pickup truck under the pageant-style banner "Miss End of the World" and against a backdrop of gauche Op Art patterns. The former is an alarmingly hilarious and inexplicably melancholy take on the historical genre of a regal bloodline chronicle, a crested map of family lineage such as might grace a palace hall. Except, it's all poodles, some with rainbows in their hair. These paintings do it all. They put the viewer (the king?) at ease with permission to laugh at their opening jokes. They soon reveal that their references to the paradigmatic canon of art historical convention are less homage, and more take-down. Their garish palettes and Outsider-inflected techniques turn out to be a deliberate, well-practiced, meticulously rendered vernacular. 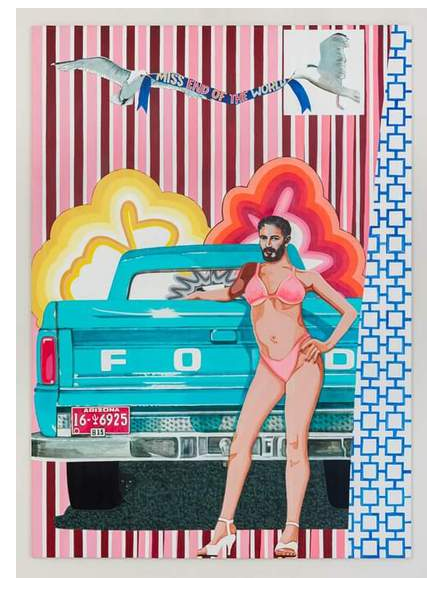 Since it all has to end... By the time you realize that you, the viewer, are implicated in the joke -- and maybe even its target -- the truth has already hit its mark. As your laughter morphs into consternation and back again, and you become less certain that rainbow poodles are enough to make you happy in these broken times, that's just the jester -- also known as the artist -- doing his job. 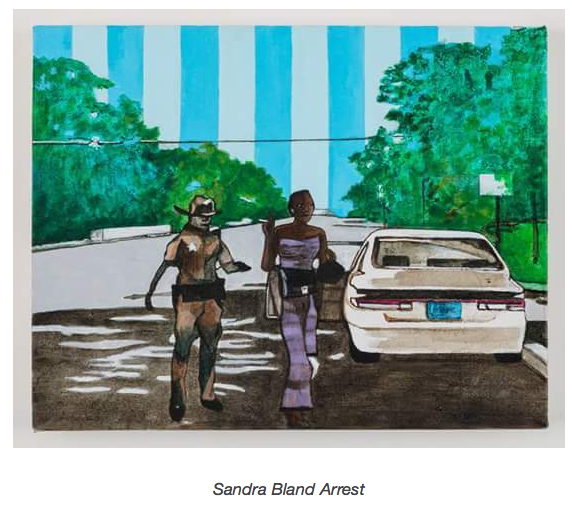