Flora Wiegmann Announced as 2018 Made in L.A. Artist

HAMMER MUSEUM ANNOUNCES PARTICIPATING ARTISTS FOR 2018 MADE IN LA BIENNIAL

The participating artists for the fourth edition of the 2018 Made in LA biennial, organized by the Hammer Museum’s Anne Ellegoodand Erin Christovale, have been announced. The exhibition is scheduled to open on June 3 and run until September 2, 2018. “Among the artists included in Made in L.A. 2018 and their works, there are shared interests and areas of exploration. Reflecting on the current political climate, the body—and the social, physiological, and psychological pressures put upon it—is a frequent theme, as is the desire for community and a sense of place rooted in the local,” says the show’s organizers in a statement. “Relating to histories and geographies of the Los Angeles region, the relationship of ritual and ceremony to ancient forms of knowledge and how they can be re-imagined in the present is another shared concern among several of the artists, as is the desire to create visibility through varying forms of representation for those who have historically been marginalized.” The thirty-two artists included in the show are: 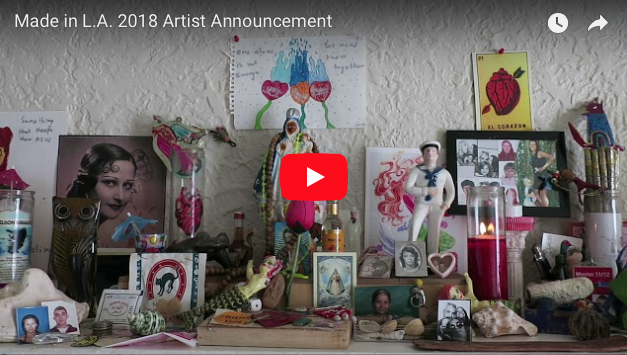